What is microbladed eyebrow? How long does microblading treatment take?

https://www.facefigurati.com > Blog Cosmetic Tattooing > Eyebrow Tattoo > All about Microblading > What is microbladed eyebrow? How long does microblading treatment take?

EYEBROW MICROBLADING IN MELBOURNE: THE MOST OBJECTIVE OVERVIEW OF TATTOOING TECHNIQUE PROS AND CONS

Microblading in Melbourne is one of the first permanent eyebrow makeup techniques and instantly became popular. Not surprising: the tattooing technique, unique at that time, immediately eliminated all the difficulties for women associated with daily eyebrow care. In addition, permanent makeup is a panacea in the presence of imperfections in the brow area because, with its help, any defect effectively and permanently hidden.

Even five years ago, this technique was almost the only way to forget about the need to apply makeup for a long time, having received tinted eyebrows of a beautiful shape for at least one and a half to two years. But today, when every tattoo artist (including beginners) performed this procedure, microblading has revealed not only its advantages but also serious disadvantages.

And we, as a specialized permanent makeup studio, based on our experience, will tell you in more detail what microblading is, what are its features and what disadvantages may form after the procedure.

Microblading is one of the cosmetic tattoo techniques. It differs from other techniques in that a handle is used to create a drawing – a pen with a thin blade. With a needle blade, the master makes micro-cuts in the shape of the hair, which is filled with pigment. Thus, the master recreates the growth of follicles, choosing their length, thickness, and inclination angle. Therefore, the technique has a second name – the hair technique.

The procedure can also perform using a standard vibrating machine with a fine needle. It is this option that is more common in permanent makeup salons. This method of performing permanent makeup gives a more natural effect and eliminates several negative nuances inherent in microblading performed with a handpiece.

There are two main techniques for feathering eyebrows. The chosen technique determines the final appearance of the hairs. It depends not only on the client’s wishes but also on the initial impression of the girl’s eyebrows, any shortcomings, and the goals that must be achieved with the help of tattooing in this technique.

What eyebrow microblading technique to choose?

The new cosmetic tattoo advent techniques cosmetic feathering have received additional execution methods: powder brows – can paint the hairs slightly fuzzy, create the effect of powdery dusting, or completely recreate the impact of eyebrows tinted with shadows drawing blurry strands.
No matter how much you want, it is not always possible to “order” this or that technique. After all, each person has an individual skin type, level of fat content, density. Therefore, the desired approach may not always look harmonious on the face and later bring disappointment. In this case, we recommend relying on the opinion of your master. He will identify problem areas skin types and may select a powder eyebrow, microshading, microblading or even combination brows style that will help create perfect eyebrows.

What is the difference between microblading and classic tattoo?

Tattooing and microblading are fundamentally different techniques. They differ in the method of execution, the type of colourant and the depth of its introduction. To perform tattooing needs a special pigment injected under the skin to a depth of 1.5 mm. It has a more fluid texture. During microblading, a thicker pigment is used, and injected under the skin to a depth of 0.8 mm. It means that the effect of tattooing lasts for years. The dye does not entirely dissolve over time, as it happens with the pigment for microblading, but only partially. Therefore, the tattoo changes and can even acquire unexpected shades: from blue and grey to red. It all depends on the quality of the pigment and its perception by the body.
The techniques for performing tattooing and microblading are also different from each other. During treatment microblading artist makes minor cuts in the form of hair and injects pigment into them. When tattooing, a needle is inserted under the skin, and the dye is injected chaotically. That is why, with the help of the permanent makeup technique, you can create perfectly even and clear shapes and contours. Tattooing will not be able to boast of such a thing.

There are differences in the degree of skin injury, and pain. The deeper the needle is inserted, the more the skin is injured. Accordingly, the feeling of discomfort is much stronger. Therefore, the hair microblading eyebrow technique is considered less traumatic. By the way, the classic eyebrow tattoo is one of the most traumatic and painful techniques of all that exist today, if the artist doesn’t work over 0.8 mm deep

What eyebrow microblading looks like: before and after photos

Who is this permanent makeup technique suitable for?

Objectively, today microblading is rarely an independent technique. A gap remains between the drawn hairs, which gives out the tattoo, making the eyebrows unnatural. But this tattooing technique has a huge advantage – it perfectly hides the flaws. Therefore, microblading is recommended if:

The technique works well with other permanent eyebrow makeup techniques. An excellent result was obtained in tandem with powder coating: eyebrows are both beautiful in shape and colour. At the same time, they remain as natural as possible. The shadows seem to have softly shaded. In this case, microblading becomes an indispensable aid in creating natural, attractive eyebrows.

How long does eyebrow microblading last?

The effect of the hair technique lasts up to 1.5 – 2 years. After correction, the colour is as bright as possible. It gradually becomes lighter because the pigment is absorbed naturally under the skin. By the way, the hair tattooing technique for eyebrows involves using natural dyes. These fluids are made from minerals if we are talking about a high-quality product, of course.

Not a single master will tell you the specific period of visibility of the effect – it depends only on the individual perception of the pigment by the body. This duration of a product has its pros and cons. On the one hand, some owners of microblading want to extend the impact for several more years since it seems that this period is not enough, and there is a need to repeat the procedure soon. On the other hand, there is an excellent opportunity to change the techniques for performing permanent makeup, choosing different options as an experiment.

The undisputed benefits of microblading:

Our studio is a supporter of microblading as an independent procedure. However, the technique itself is not unambiguous with oily skin and in conjunction with the individual characteristics of each person’s skin. It can bring a negative result. Moreover, if the client wishes for an urgent need associated with imperfections in the eyebrow area, we will perform this procedure with maximum accuracy and in best performed.

And now about the real shortcomings, extremely objectively:

What is eyebrow feathering tattoo?

Where to get brow tattoo in Melbourne?

How do you fix a bad eyebrow tattoo?

What is powder eyebrow tattooing?

Why microblading? How long does it last? 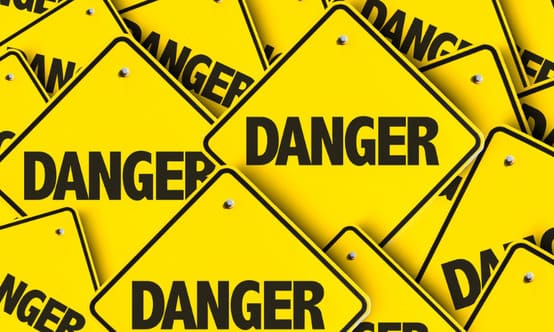 How to remove eyebrow tattoo at home?​ Is It possible?